Could Cryptocurrency Benefit From the US/China Trade War? 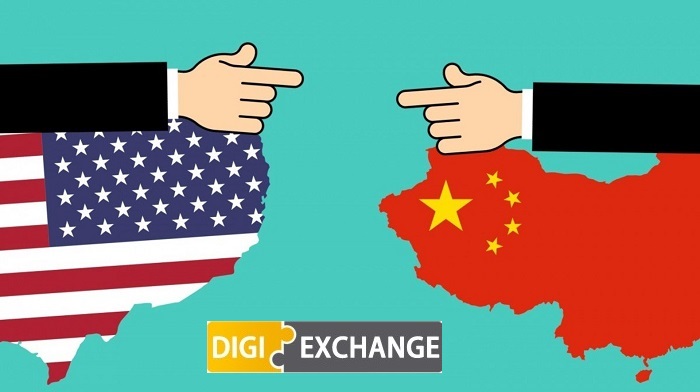 27
بهمن
Could Cryptocurrency Benefit From the US/China Trade War?

ِDigiExchange- Cryptocurrency prices have declined dramatically over the past year. From its all-time-high of almost $20,000, all the way down to today’s price of around $3,500, Bitcoin BTC, 0.33% value is a shadow of its former glory. But some experts believe help could be coming from an unusual source: The US/China trade war.

Trade wars can be bad for just about every type of good and asset. Products can become overpriced and/or undersold. Industries can lose access to commodities, threatening their business. Stocks can lose value as investors become frightened that a recession is on the horizon. Even currencies lose value as consumers and institutions start to fear that they may not be on sound footing.

A cryptocurrency like Bitcoin would stand no chance if all of these other financial products suffer in a trade war…right? Well, Bitcoin is a new kind of asset, and it may have an inverse relationship to the US/China trade war to that of traditional assets. Allow us to explain.

Trade Wars Don’t Directly Affect Decentralized Assets
As DailyFX points out, trade wars happen often – at least a couple of times each decade. Markets that represent products and businesses tied to the countries involved in a trade war are the entities most likely to suffer value disruptions. You can see this phenomenon in the Daily FX history of the Dow Jones.

Bitcoin is different, though. It is a decentralized asset. It’s not produced by a federal bank, like the US dollar. No one entity controls its production, like Apple controls Apple stock or products. And while there are significant players in Bitcoin’s ecosystem, there is no single person, company, or coalition who is driving the proverbial bus. Bitcoin is an autonomous piece of software run with the cooperation of millions of computers, users, developers, and institutions around the globe. It exists everywhere and nowhere. And this makes it immune to some of the worst effects of a trade war.

A trade war makes national assets vulnerable. They’re vulnerable because, as in any other war, one side is going to win while the other loses. The losing side will see deep economic effects that could stick around for decades. If the war is bad enough, both sides will feel these effects.

Because Bitcoin isn’t owned or operated by either the United States or China, however, it is not a national asset of either nation. This makes it a relatively safe haven for investors, consumers, and various kinds of institutions, who may be feeling that a national currency like the dollar or the yuan is starting to look a little shaky.

Of course, we don’t have any practical examples of this phenomenon to prove the theory. Bitcoin is only 10 years old, and has not lived through a global financial crisis. However, Bitcoin has been a major investment hotbed in both the United States and China, and the altcoin market has dozens of other examples of other decentralized investments. As a store of value and a safe haven in times of national uncertainty, we think cryptocurrencies could prove to be among the strongest performers if the US/China trade war drags on as expected.